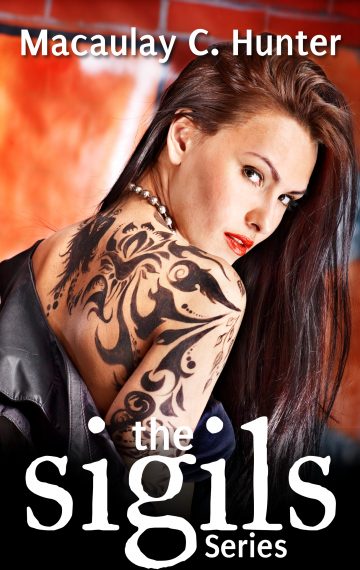 A reluctant warrior.
Five merciless killers.
A city hanging in the balance.

Half-human, half-sigil Cadi Shaw would rather go shopping than learn how to fight, but she has no choice. A family of undead murderers has moved into her California town, and they are using Cadi’s small powers of glamour against her will to attract victims to them. Even worse, a handsome hunter in pursuit captures Cadi in the belief she is doing this by choice.

Xavier Kenyon wants vengeance for the deaths of his parents and sister, who were brutally struck down after a party. A trained fighter in his own right, he still needs Cadi’s magic to help him locate and defeat their enemies. They’re falling in love at the worst possible time . . . because every win in battle comes at a high price. Losing homes and jobs and friends is hard enough, and one day the cost might be each other.

The Sigils is a chilling, action-packed urban fantasy series.